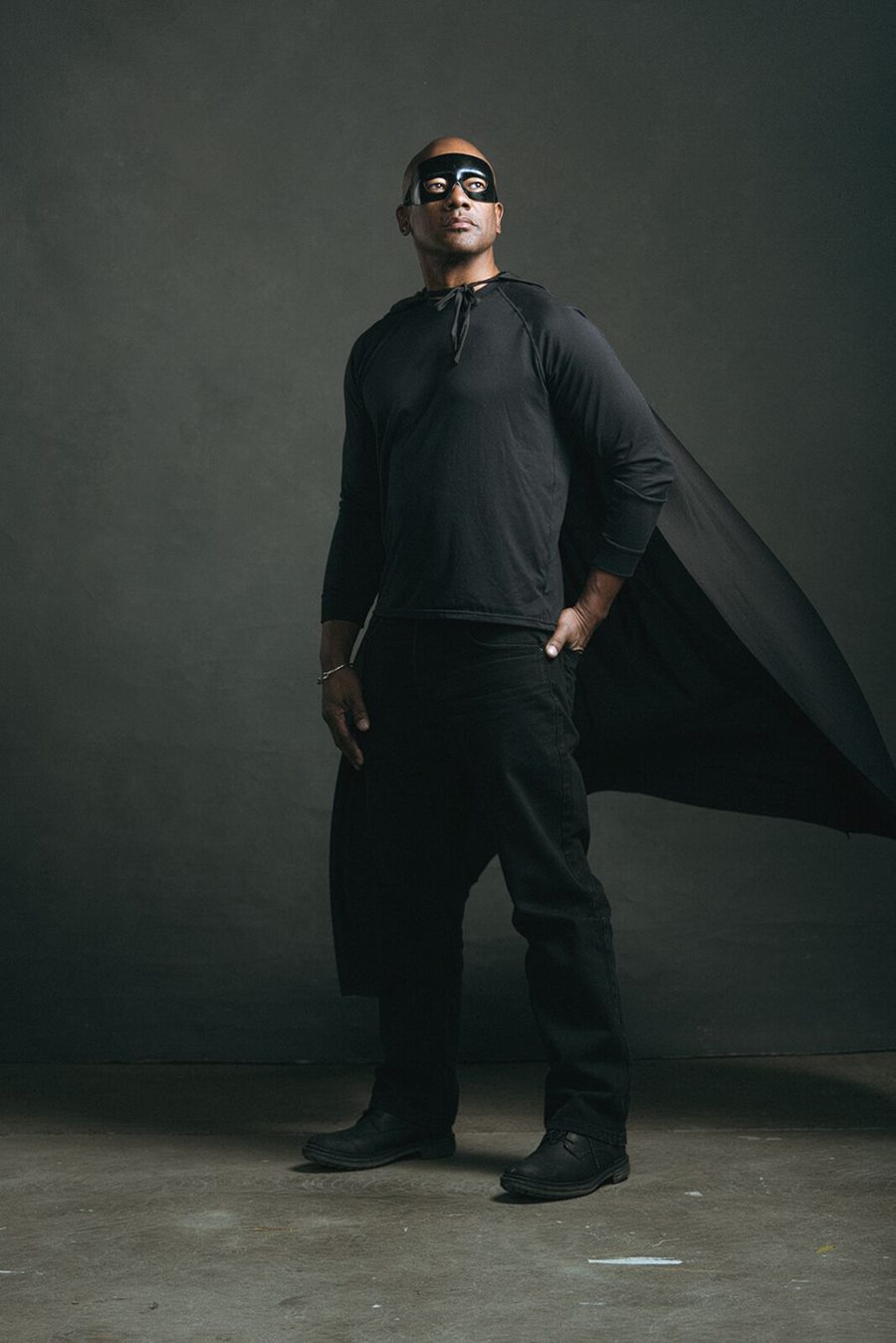 Multidisciplinary artist Frank X Walker is a native of Danville, KY, a graduate of the University of Kentucky, and completed an MFA in Writing at Spalding University in May 2003. He has lectured, conducted workshops, read poetry and exhibited at over 300 national conferences and universities including the Verbal Arts Centre in Derry, Northern Ireland; Santiago, Cuba; University of California at Berkeley; Notre Dame; Louisiana State University at Alexandria; University of Washington; Virginia Tech; Radford University; and Appalachian State University.

A founding member of the Affrilachian Poets, he is the editor of America! What's My Name? The "Other" Poets Unfurl the Flag (Wind Publications, 2007) and Eclipsing a Nappy New Millennium and the author of four poetry collections: When Winter Come: the Ascension of York (University Press of Kentucky, 2008); Black Box (Old Cove Press, 2005); Buffalo Dance: the Journey of York (University Press of Kentucky, 2003), winner of the 35th Annual Lillian Smith Book Award; and Affrilachia (Old Cove Press, 2000), a Kentucky Public Librarians' Choice Award nominee.

A Kentucky Arts Council Al Smith Fellowship recipient, Walker's poems have been converted into a stage production by the University of Kentucky Theatre department and widely anthologized in numerous collections; including The Appalachian Journal, Limestone, Roundtable, My Brothers Keeper, Spirit and Flame: An Anthology of Contemporary African American Poetry and Role Call: A Generational Anthology of Social and Political Black Literature and Art. He is a former contributing writer and columnist for Ace Weekly and the first Kentucky writer to be featured on NPR's This I Believe.

He has appeared on television in PBS's GED Connection Series, Writing: Getting Ideas on Paper, in In Performance At the Governor's Mansion and in Living the Story: The Civil Rights Movement in Kentucky. He contributed to Writing Our Stories: An Anti-Violence Creative Writing Program Curriculum Guide developed by the Alabama Writer's Forum and the Alabama Department of Youth Services. He co-produced a video documentary, Coal Black Voices: the History of the Affrilachian Poets, which received the 2002-2003 Jesse Stuart Award presented by the Kentucky School Media Association, and produced a documentary exploring the effects of 9.11 on the arts community, KY2NYC: Art/life & 9.11. His visual art is in the private collections of Spike Lee, Opal Palmer Adisa, Morris FX Jeff, and Bill and Camille Cosby.

Articles about Frank and the Affrilachian Poets can be seen in Kentucky Monthly and Arts Across Kentucky.

Walker has served as founder/Executive Director of the Bluegrass Black Arts Consortium, the Program Coordinator of the University of Kentucky's King Cultural Center and the Assistant Director of Purdue University's Black Cultural Center. The University of Kentucky awarded Walker an honorary Doctorate of Humanities in 2001 for his collective community work and artistic achievements. Transylvania University awarded Walker an honorary Doctor of Letters degree in 2002.

He is the recipient of the 2006 Thomas D. Clark Literary Award for Excellence, Actors Theatre's Keeper of the Chronicle Award and a 2005 Recipient of a $75,000 Lannan Literary Fellowship in Poetry.

He has held board positions for the Kentucky Humanities Council, Appalshop and the Kentucky Writers Coalition as well as a government appointment to Cabinet for Education, Arts & Humanities and the Committee on Gifted Education. He has served as vice president of the Kentucky Center for the Arts and the executive director of Kentucky's Governor's School for the Arts.

Walker regularly teaches in writing programs like Fishtrap in Oregon and SplitRock at the University of Minnesota; currently serves as Associate Professor in the Department of English at the University of Kentucky; and is the proud editor and publisher of PLUCK!, the new Journal of Affrilachian Art & Culture.